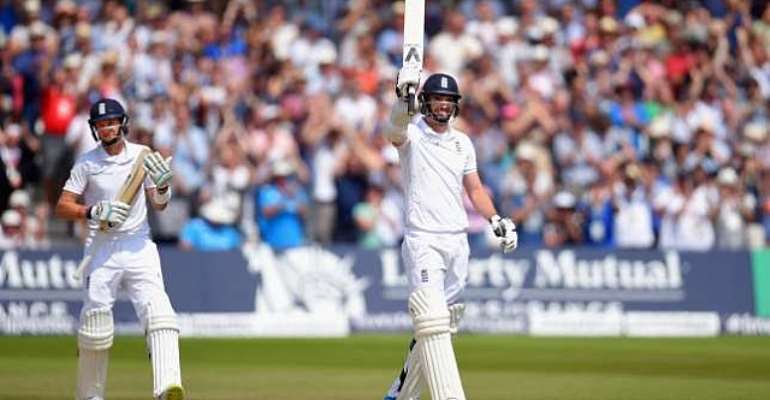 Joe Root and James Anderson shared a record-breaking 10th-wicket stand of 198 as England kept slim hopes of victory alive on the fourth day of the first Test on Saturday.

India's last two batsmen Bhuvneshwar Kumar and Mohammed Shami had strung together a partnership of 111 in the visitors' first innings, and Root and Anderson"s stunning reply - a record in itself - signalled the first time in Test history that two last-wicket pairs had compiled century stands.

But Pujara declared his disappointment that the tourists were unable to bring an end to the English innings earlier at Trent Bridge,

"We knew it wouldn't be easy to get them out because we too had a 100-plus run 10th wicket partnership," he said.

"But it was frustrating and disappointing to get seven wickets quickly and not managing to clean up the tail.

"We have to figure out how to get the tailenders out.

"The way they scored runs for the last three wickets, we have to regroup and the bowlers need to have a chat.

"If we are faced with a similar situation, we will have to have a strategy for the tailenders."

India reached stumps on 167-3, leading by 128, with two late wickets in the evening session boosting England's bid to force a positive result on a placid pitch.