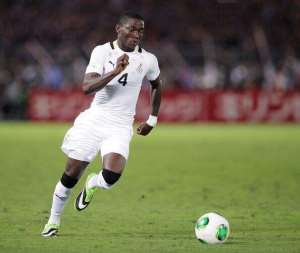 The 23 year-old, who was part of the Ghana national team at the on going World Cup, announced his exit from Belgian side Standard Liege weeks ago, and joins the 27-time Portuguese champions on a free.