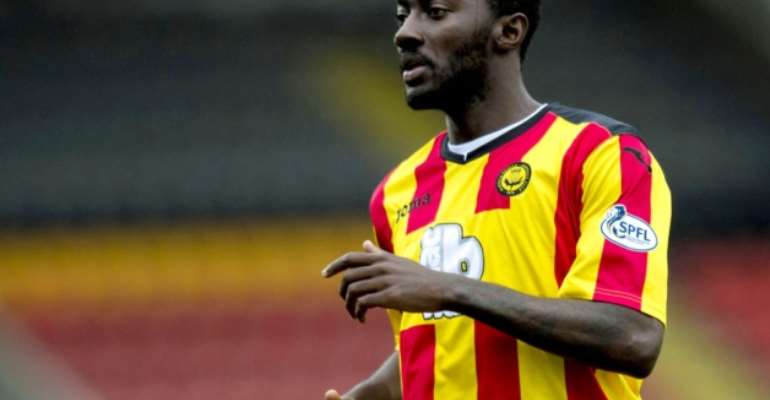 By Akyereko Frimpong Manson
Follow Akyereko on Twitter: @ AkyerekOfficial
Ghanaian midfielder Prince Buaben continues his efforts to win himself a deal at Hearts of Midlothian as he played in their narrowly friendly defeat against Hamilton Accies.

The 26-year-old free agent is on trials with Scottish Premiership side with hopes of winning himself a deal at the club and he overly impressed in midfield for them.

Buaben, a former Ajax Amsterdam Academy graduate was introduced in the 62nd minute to replace youngster Jason Holt, but he could not help them avoid the loss in the game.

The box-to-box midfielder who has been capped by Ghana is looking for a new club after being released by Carlisle United after his loan spell at Partick Thistle.

His experience in Scotland could come good for Hearts if they sign him as he has several seasons of experience after playing for Dundee United in the league and they do not have issues with his quality but manager has asked the former Watford man to prove his fitness.