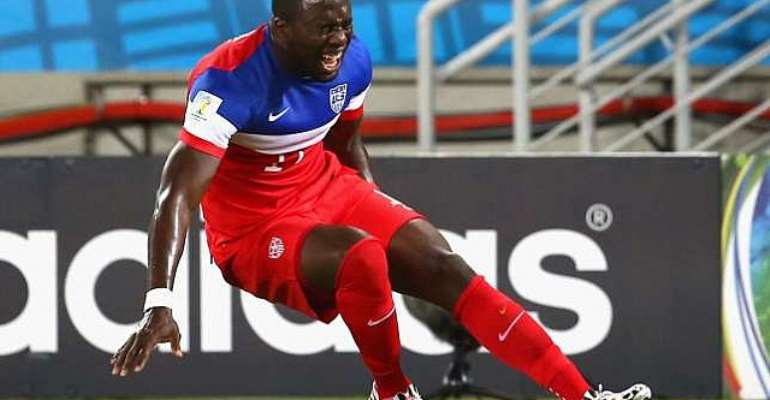 United States striker Altidore pulled up with a hamstring problem during his country's opening group game in Brazil, against Ghana.

However, the 24-year-old was close to returning for the USA's last-16 tie with Belgium, which ended in an extra-time defeat for Jurgen Klinsmann's men.

And head coach Poyet expects Altidore to play a full part in training when he returns to Wearside later this month.

"From the beginning the [Sunderland] doctor has been in touch with the US medical staff," Poyet told the club's official website.

"In the beginning it [the injury] looked bad, but it got much better during the weeks and Jozy was nearly available for the [last 16].

"If say the US had got through to the next stage, Jozy would have played a part.

"We know hamstring injuries are tricky and that you have to be careful not to come back too quickly. Jozy deserves his holidays now.

"We have an agreement as to how many days he will have after finishing in the World Cup.

"I am sure, if nothing goes wrong, that when Jozy is back with us for pre-season he is going to be fit to start training without any problems."