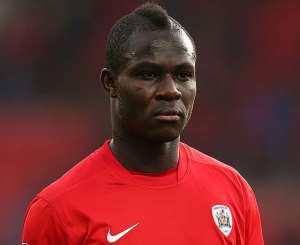 Former  Arsenal  and Barnsley midfielder  Emmanuel Frimpong  believes that  Argentina  played well in the 2014  World Cup  semi-final tie, but says that the  Netherlands  were unlucky.

The Netherlands reached the final of the World Cup four years ago, but this time they have been sent packing home before they could go that far.

Louis van Gaal's side were always going to have it tough against Argentina in the semi-finals of the 2014 World Cup, especially with star player Lionel Messi being on hot form.

The tie between the two footballing giants in Sao Paulo on Wednesday was always going to be a tightly-contested affair, and it proved to be so. Neither side could score in normal time; the extra-time period saw no goals either.

Both Argentina and the Netherlands had chances, but they negated each other and eventually the match was decided on penalties.

Once Aston Villa defender Ron Vlaar failed to convert the opening penalty of the shootout, it was clear that Argentina were going to be the winners.

And it proved so, as the two-time world champions won the shootout and booked their place in the final against Germany, leading midfielder Emmanuel Frimpong, who was on the books of Arsenal until January 2014, to make following post on social networking site Twitter: “Bloody hell Unlucky holland well played Argentina good night.”