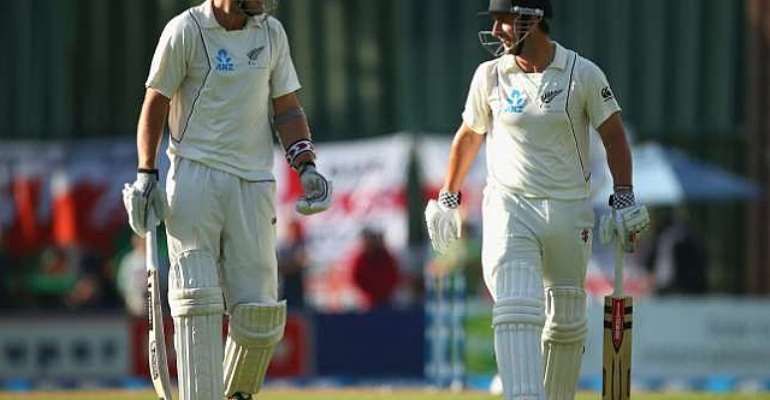 However, after making a superb start to his five-day career with an innings of 171 on debut against England in March 2013, he has managed just one half-century since.

The left-hander averages 11.5 in Tests this year and has now been cut from New Zealand's list of 20 contracted players, together with Fulton, whose recent form has been even less impressive.

Fulton's last five Test matches have brought just 60 runs, with a highest score of 13, and he was dropped in the Caribbean after making one and nought in the series opener against West Indies.

Bruce Edgar, New Zealand's general manager of national selection, said: "We've had a very strong summer followed by the Test series victory in the West Indies where a number of younger players put their hands up for consideration.

"Two of those integral to the series win in the West Indies were spinners Ish Sodhi and Mark Craig.

"While we accept that Mark and Ish are by no means the finished product, they are promising bowlers that we want to invest time in.

"Adam and Matt are two exciting young bowlers that if we manage well have got a big future in all forms of the game.

"Jimmy and Luke are both consistent members of our shorter-form teams and they've recently been selected in our Test squad as well."