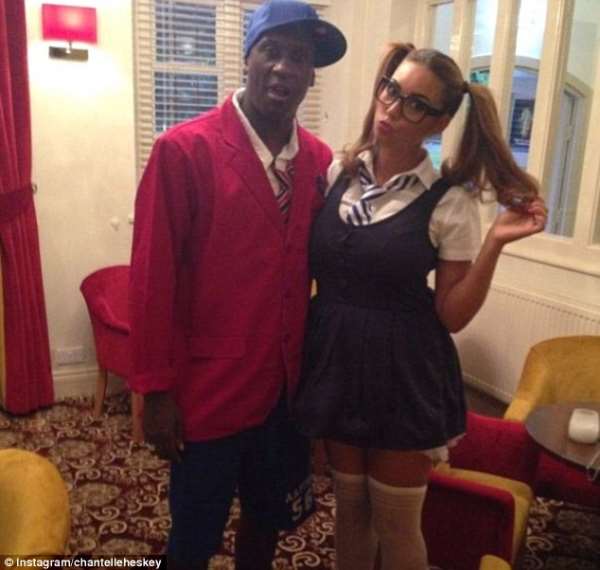 Emile Heskey  and his new wife Chantelle Tagoe, a Ghanaian, have gone back to school by dressing up in uniform for a fancy dress party.

The former Liverpool, Leicester and England striker, who now lives and plays in Australia, attended the party dressed as a schoolboy, with Tagoe, whom he married earlier this year, uploading the pics to Instagram.

Heskey, 36, is now playing for Australian A-League side the Newcastle Jets.

The striker played for England for more than 10 years, making 62 appearances in which he scored just seven goals.

His finest hour in an England shirt was when he scored in the 5-1 mauling of Germany in Munich.

Heskey started his career at Leicester City before moving to Liverpool, playing more 400 times for the two clubs in total.

He has been derided, sometimes unfairly, throughout his career for his lack of prowess in front of goal and sometimes heavy touch and clumsy demeanour.

However, he was an integral part of the England squad – despite his meagre goal return – and won a cup treble with Liverpool in 2001.