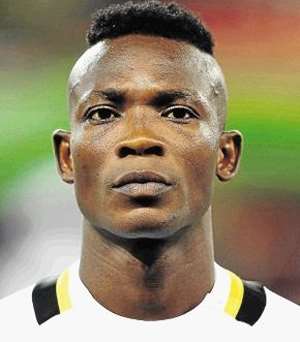 The former Fulham man joins the PSL club as a free agent, having completed his one-year contract with lower tier club Santos FC.

Paintsil concluded negotiations and signed a two-year contract to become the first off-season signing of the Team of Choice on Monday evening.

The experienced right-back wants to prove himself once more at top flight level following his brief stint in the South African second tier with Santos.

He will be joining compatriot Awal Mohammed at Maritzburg United who finished 10th in the South African League last season.

Paintsil is yet to be unveiled and handed a squad number at his new club.