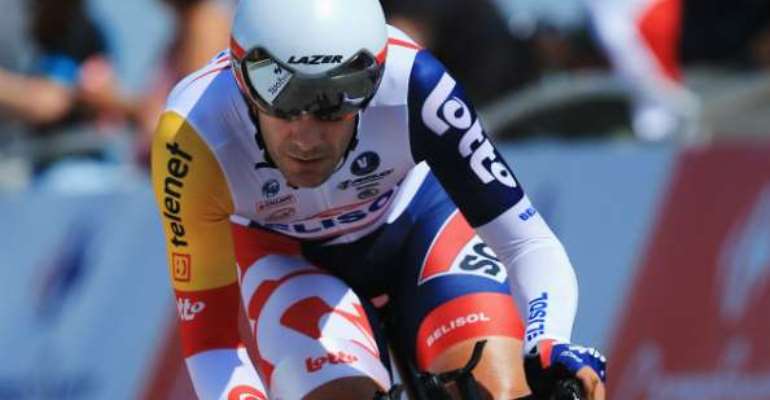 Henderson, a lead-out man for star sprinter Andre Greipel, was one of three Lotto-Belisol riders to crash during stage four from Le Touquet-Paris-Plage to Lille.

The New Zealander joined team-mates Lars Bak and Bart De Clercq in coming off their bikes approximately 30 kilometres from Lille, with Henderson sustaining a deep cut to his right knee - which has ended his Tour prematurely.

"Greg Henderson has a deep cut of 12 centimeters on his right knee," Mathieu said.

"During a first check-up in the medical cabinet after the finish, the wound was stitched.

"Tonight Greg will go to the hospital of Herentals where he will undergo minor surgery by doctor Toon Claes.

"The knee will be drained to avoid the wound getting infected.

"Lars Bak hit his head and has abrasions on the right side of his body. After the finish he was a bit dizzy.

"Bart De Clercq also hit his right side: shoulder, hip and knee. Both riders could continue the race."

De Clercq said the incident has taken away his confidence in his bike, ahead of the infamous fifth stage on Wednesday - which takes the riders through the cobbled roads of Paris-Roubaix.

"When we arrived at that roundabout my front wheel slipped away," De Clercq told Het Nieuwsblad.

"Maybe there was some oil on the road. I'm not hurt too much, some road rash. I'll need some days to recover.

"The confidence in the bike is a bit gone. When I got back in the peloton I was already thinking about tomorrow's stage. If it's going to be wet I'm already fearing the cobbles."

I Wish You Die In Prison — Judge To Convict Who Defiled His ...
17 minutes ago