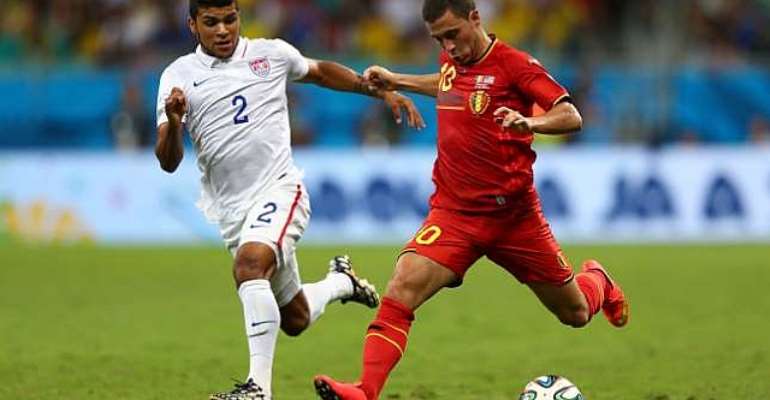 Yedlin was a standout performer off the bench for the United States at the FIFA World Cup, as Jurgen Klinsmann's men reached the last 16.

The 20-year-old's performances in Brazil have not gone unnoticed, with European giants Roma and Liverpool reportedly interested.

Initial reports suggested Yedlin was set to go on trial at Anfield, while Italian newspaper Gazzetta dello Sport claimed Roma were on the verge of signing the Sounders young gun.

Despite uncertainty surrounding his future, Yedlin insisted he was firmly focused on Seattle's MLS campaign.

"I'm letting my representatives take care of that," Yedlin told reporters on Monday.

Yedlin added: "MLS is such a growing league. It's becoming one of the top leagues in the world."

Yedlin has amassed 42 appearances for Seattle since debuting in 2013 and while remaining in the MLS would be good for the league, coach Sigi Schmid said he was powerless from preventing his prodigy transferring abroad.

"And there's going to be certain players where it's the right thing to do to go overseas."