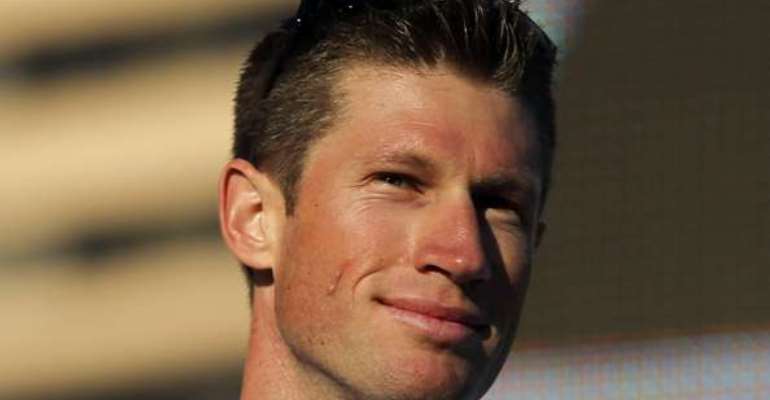 The 31-year-old Australian, who normally plays the role of Cavendish's lead-out man in a sprint, took over from his injured more illustrious team-mate on stage three of the Tour de France to finish on the podium behind Marcel Kittel (Giant-Shimano) and Peter Sagan (Cannondale).

On the final day in the United Kingdom, Renshaw navigated a slippery finish through London to claim third in a sprint in front of Buckingham Palace.

The Bathurst-born cyclist was thrilled with how his team immediately adapted to him being the lead sprinter.

"I have to say the team rode really well today," Renshaw said after the stage.

"I'm proud that they got behind me in support of my new role. It shows we pulled together really well and our result today is nothing to be ashamed of."

Cavendish dislocated his collarbone in a crash on the opening stage of Le Tour in Harrogate and is set to miss the next six weeks of competition, including the Commonwealth Games and the Vuelta a Espana, with surgery scheduled for Wednesday.

Renshaw insisted he had been happy to spend the Tour as Cavendish's lead-out man but, when thrust into the spotlight, was happy to compete right up to the pointy end of the sprint in London.

"I was third at the line, so I'm happy with that considering the big shoes of Mark Cavendish to fill," the Australian said.

"I didn't come here to sprint, I came here to lead out Mark, but things had to change now that he crashed. So, like I said, big shoes to fill. But I am satisfied with third behind two really strong guys like Kittel and Sagan.

"The last corner was more like two or three corners rolled into one, so with the rain it was pretty slippery. Everyone took it slow.

"I managed to get the inside line, sprint on to Sagan's wheel, and basically the last 200 or 300 meters nothing changed. It was Kittel to the line with Sagan, and me on his wheel."

Renshaw added he is feeling strong but seemed to indicate he would not be challenging for the green points jersey, as Cavendish had planned to.

OPQS are likely to focus on stage wins, while also supporting Michal Kwiatkowski in his tilt at both general classification and young rider honours.