Symbol of a nation: Kaka: Neymar loss can inspire Brazil 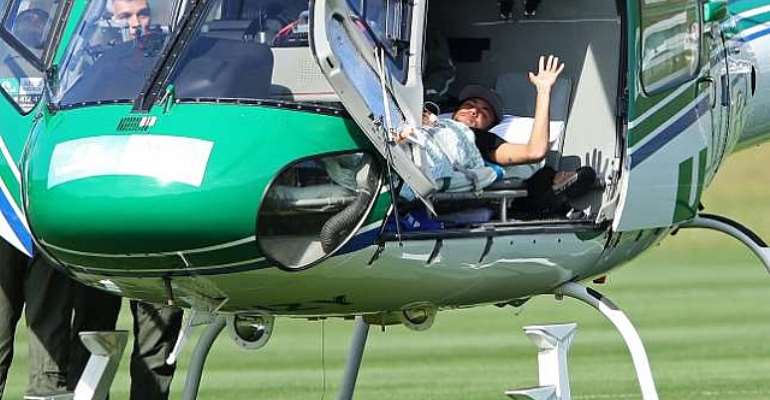 Speaking after he was unveiled at childhood club Sao Paulo for a six-month loan stint ahead of his permanent move to MLS start-up team Orlando City, Kaka said Neymar's loss was a blow but could prove beneficial.

Brazil face a semi-final against Germany in Belo Horizonte on Tuesday minus the injured Barcelona star and also the suspended Thiago Silva, but Kaka said he is tipping Luiz Felipe Scolari's side will respond despite their absences.

"Regarding Neymar's injury, I am sad like everyone who loves football. It is a loss for Brazil and for the World Cup itself, a big loss," Kaka said.

"Of course, Neymar's absence is something negative for the Brazilian national team because of his technical skills and the difference he makes on the pitch, but hopefully Brazil can make of this an extra motivation for this World Cup semi-final."

Kaka, an 87-cap veteran of the Brazil national team, said he was not let down after Scolari snubbed him in his 23-man squad for the 2014 finals.

"It was not a disappointment, as I think I did all I could," Kaka said.

"Since my decision to leave Real Madrid and go to Milan, I thought I needed to get back my rhythm and my happiness of playing, and I did get all of this back this season playing for Milan.

"And getting this back, I worked and fought for trying to get my place back with the Selecao. It wasn't what happened as Felipao (Scolari) made other options, and that's fine. Therefore, that is why I'm not frustrated.

"I did everything possible. I am not there, but I am supporting Brazil. I keep in touch with them, and I really hope Brazil can become champions."