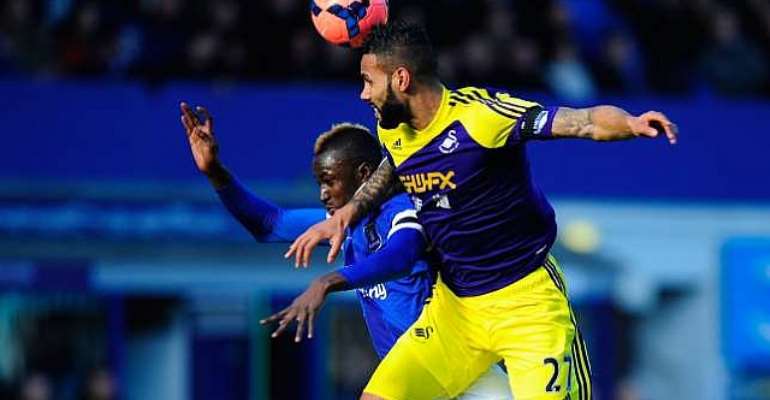 Williams committed his future to Swansea on Friday and Bartley, whose previous contract was due to expire next June, has now put pen to paper on a three-year deal.

The defender spent much of last season on loan at Championship side Birmingham City but was recalled at the end of January and went on to make two Premier League appearances under Garry Monk.

With Monk having been appointed as the permanent successor to Michael Laudrup in May, Bartley is hoping to earn regular first-team action in the 2014/15 season.

"I spoke to the manager after the last game of the [2013/14] season at Sunderland and he was keen to extend my contract," the 23-year-old told Swansea's official website.

"It's brilliant for me because it's a show of faith from the club and manager, and this season I really want to repay them for that by playing games and doing myself and the club proud.

"The manager is, first and foremost, an honest guy and he said if I work hard and show my ability then I'll get a chance.

"The season is demanding with the Premier League and cup competitions, so everyone in the squad will be used and it's up to them to perform and keep their spot in the team.

"The loan at Birmingham got my confidence back and made me stronger. I feel a better player for the games I was able to play there.

"It's my third season and I'm only 23 but I feel confident in my own ability and I'm ready to pull that shirt on and do well."

Bartley made 19 appearances for Birmingham last season, including 14 starts in the Championship.