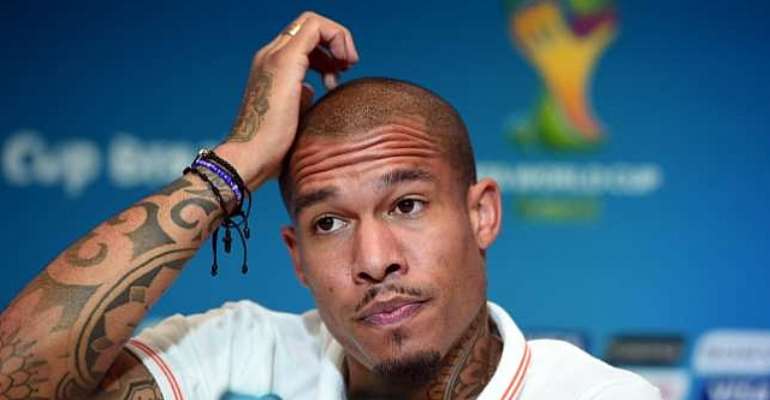 De Jong has been ruled out of the remainder of the tournament after tearing his groin in his team's thrilling 2-1 round-of-16 victory over Mexico.

The combative midfielder remains in Brazil with the 2010 runners-up and wants to see his team-mates stay calm heading into Saturday's last-eight clash in Salvador.

"I think this is the best and most important stage for any professional football player so what you should try and focus on is to try and not feel the pressure, to go on the pitch without feeling the pressure," De Jong said.

"This isn't easy as everyone prepares in a different way, everyone's different, but you can try and minimise the pressure and prepare in a relaxed way.

"We are not there yet. First of all we have to get through this match."

De Jong, 29, refused to look too far ahead despite the Netherlands being heavy favourites to advance.

He expects Jorge Luis Pinto's men to test the Dutch at the Arena Fonte Nova.

"Everybody's thinking of the finals or semi-finals, but this is going to be a very tough match," De Jong said.

"The guys are all doing this together, whether it's the ones on the pitch, or those on the bench that are not playing, this is a team effort.

"You can only face the pressure together and share experiences with each other."