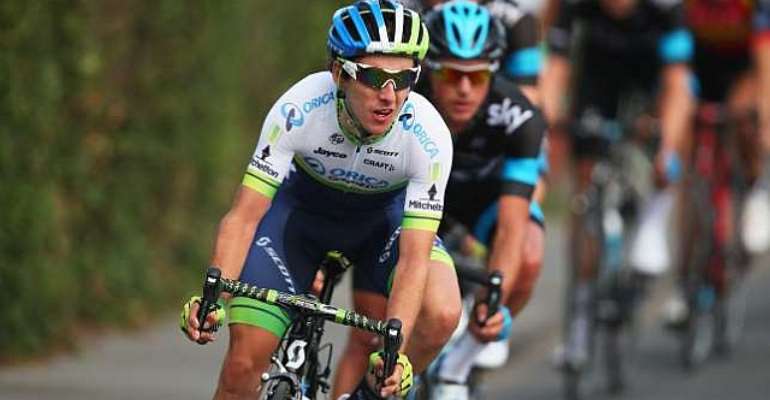 Yates was called up by Orica-GreenEdge when Daryl Impey had to leave the Australian squad on Wednesday for testing positive to banned stimulant Probenecid.

The 21-year-old Briton, who was born in Bury - less than 70 kilometres from Leeds, where the Tour will begin on Saturday - has barely had a chance to get used to the idea of making his grand tour debut since being promoted to Orica-GreenEdge's roster.

"I am nervous but excited. I wasn't aiming to do a grand tour this year, especially having broken my collarbone in Turkey.

"I thought maybe next year I would do the Giro d'Italia or Vuelta Espana to start off so this opportunity makes me very happy."

Yates added: "It's a bit of a surreal experience being driven round the corner to start my first Tour de France."

With Le Tour's first two stages this year to be held in Yorkshire, Yates has plenty of local knowledge to pass onto his team-mates, including Simon Gerrans, who is considered a favourite for the second stage.

"Simon Gerrans has a huge opportunity to win that second stage and depending on how he goes in the first stage he could take the (general classification leader's yellow) jersey," Yates said.

"They are my local training roads. It's really hard terrain but hopefully I can get over the climbs and have a hand in the finish."

Yates was given the nod to replace Impey after coming third in the United Kingdom's national road race championships on Sunday.

The Brit is widely considered a future GC candidate.