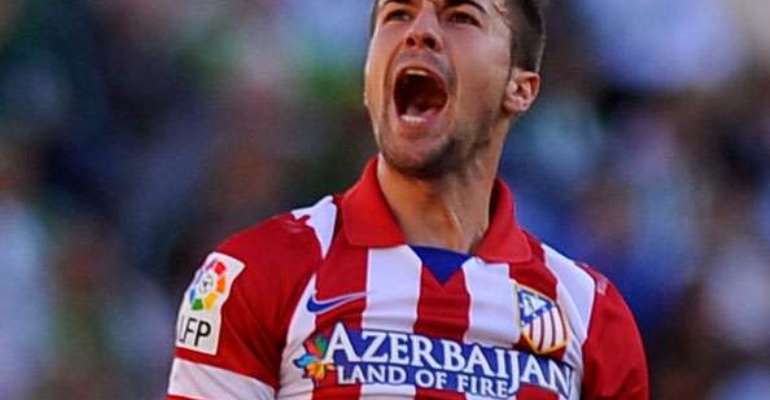 The midfielder was an influential member of a team that collected a first La Liga title since 1996 last season, as Atletico broke the domestic dominance of Barcelona and city rivals Real Madrid.

Gabi was also part of a side that reached the final of the UEFA Champions League, but ultimately suffered an agonising extra-time defeat to Real.

The 30-year-old was thrilled to be extending his stay at Vicente Calderon, and is itching to continue "making history" in the Spanish capital.

"I had been looking forward to this renewal," he told the club's official website.

"This is another dream in my life and now I hope to continue to help the team and keep making history.

"I still have the desire to compete and win titles.

"It is a major challenge. We know what happened last year is hard to beat, but the team is able to achieve this."

Gabi made his breakthrough into Atletico's first-team in the 2003-04 campaign, making his debut against Valencia.

After loan spells at Getafe and Zaragoza, he became a mainstay of Atletico's engine room from the 2011-12 season, and has UEFA Europa League and Copa del Rey winners medals as well as last season's league title.

Gabi's new deal is a huge relief to Diego Simeone's side, who are losing last season's top scorer Diego Costa to Chelsea.

Goalkeeper Thibaut Courtois has also returned to Jose Mourinho's side after a three-year loan, while midfielder Koke and centre-back Diego Godin are rumoured to be courting interest throughout Europe.