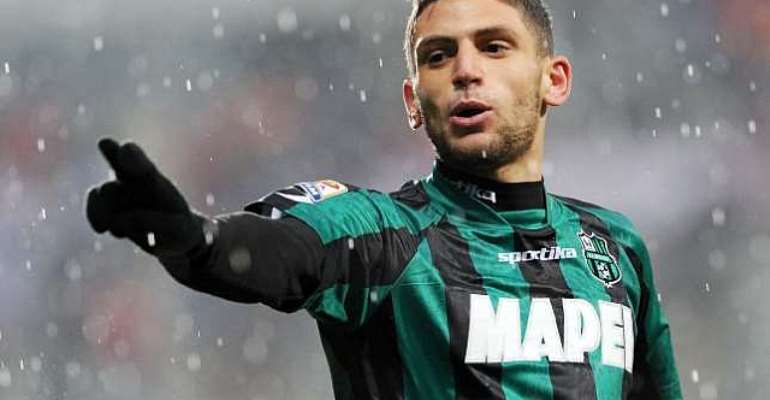 Berardi is co-owned by Italian champions Juventus and was reportedly in contention to play under coach Antonio Conte after a stellar debut Serie A campaign.

The 19-year-old scored 16 goals in 29 appearances, which included hat-tricks against Fiorentina and Sampdoria, and a memorable four-goal haul against Milan.

But Simone Seghedoni said his client would be spending another season playing for Sassuolo, who narrowly avoided relegation after finishing two points above the drop zone.

"The situation has already been decided, Domenico will have another season at Sassuolo," Seghedoni told Calcissimo.com.

"There is no doubt about that.
"We are happy with how the matter has concluded. All the parties involved have worked for the good of Domenico.

Seghedoni added: "Juve's interest obviously pleased him, especially the fact that Conte has shown he really rates the boy.

"But I think that the best solution for him was the one that has been decided in the end.

"We have always worked with great humility, I am sure that Domenico will do everything to have another great season.

"In one year we'll see what happens."