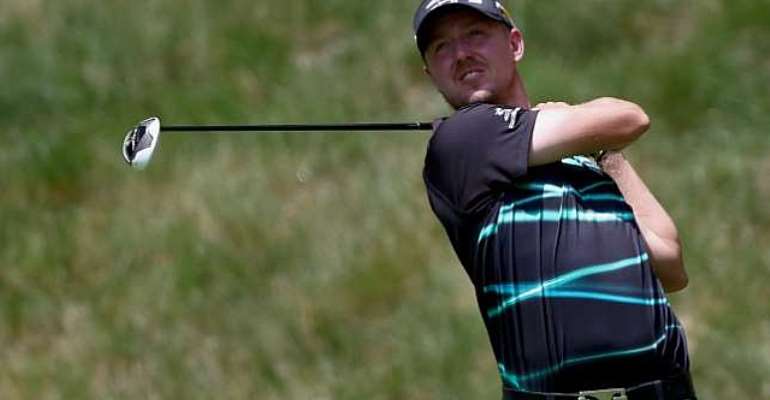 Blixt fired a six-under-par 64 to sit atop the leaderboard at the end of day one at the Old White TPC in White Sulphur Springs, West Virginia.

The Swede - winner of last year's tournament by two strokes - holed eight birdies and two bogeys as his title defence opened on the right note at the PGA Tour event.

"I talked to my caddie about it and on the first tee," said Blixt, who tied for second at the Masters earlier in the year.

"There was no wind, so I just said to him, 'I'm going to be really aggressive today.'

"He was like, 'Yeah, I like that. Just go out there and make as many birdies as possible.'"

Speaking ahead of Thursday's opening round, Blixt admitted he is more likely to get nervous about missing the cut than when challenging for a title like last year.

But the 30-year-old helped ease those nerves with a blistering start to his campaign in West Virginia, birdying six holes on the back nine.

Blixt started with a birdie at the 10th hole before repeating that feat at the 12th, though he bogeyed the 13th.

The Swede responded immediately, birdying the next hole before adding another three in succession from the 16th to the 18th.

Blixt also added another two birdies on the front nine as he surged clear of the American contingent.

Meanwhile, Masters champion Bubba Watson opened with a two-under 68 - a round that included five birdies and three bogeys.