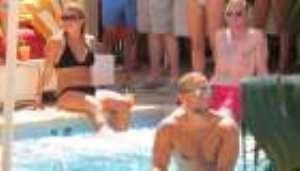 The Black Stars will now face either Mauritania or Uganda in the opening Group E encounter of the 2015 Africa Cup of Nations qualifiers on September 5 or 6 in Kumasi, after Equatorial Guinea was disqualified for fielding an ineligible player.

The decision taken by the Morocco 2015 Organizing Committee on Thursday follows a protest brought by Mauritania Football Federation against the use of Cameroonian born Thierry Fidieu Tazemeta in a first round AFCON qualifier on 17th May.

The winner of the AFCON second round qualifier between Mauritania and Uganda on July 19 in Kampala and August 1-3 in Nouakchott will determine the team that faces Ghana in its opening clash for the Morocco 2015 qualifiers.

The Black Stars of Ghana were handed a tricky tie against Togo, Guinea and the winner of preliminaries tie rubber that involved Uganda/Madagascar vrs Equatorial Guinea/Mauritania to reach AFCON 2015 in Morocco.

Uganda duly overcame Madagascar in the first preliminary round in June and were due to face 2012 co-hosts Equatorial Guinea in the second round this month for a place against Ghana, Togo and Benin in Group E which gets underway in September.

But their 3-1 aggregate victory has now be annulled and Mauritania declared winners to now face the Cranes of Uganda in the 2-legged tie this month.

Morocco are due to host the rest of the continent beginning January 17, 2015.