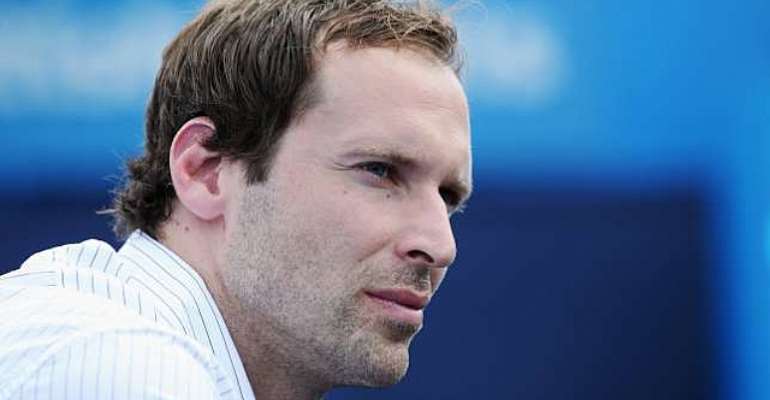 The Czech Republic international arrived at Stamford Bridge from Rennes in 2004 and has enjoyed a trophy-laden spell in west London, winning honours such as three Premier League titles and the UEFA Champions League.

However, Cech's place as regular number one is set to come under threat from Thibaut Courtois, who is likely to return to Chelsea ahead of the 2014-15 season following three impressive campaigns on loan at Atletico Madrid.

And Cech's representative Viktor Kolar has said that should his client be deemed surplus to requirements at Chelsea, then French giants PSG and Monaco would like to sign him.

"Paris Saint-Germain have shown an interest and we have also communicated with Monaco," he told Aktualne .

But despite interest from abroad, Kolar insists Cech is not itching for a move.

"Nothing changes," he added. "He has two years left on his Chelsea contract and has an interest to continue there. [Jose] Mourinho did not tell him that he would not count on him anymore.

"We have not been given any signals that Petr would be made available [for transfer].

"If that was the case, though, you have to realise that Petr is one of the world's top goalkeepers and has a certain salary. There are not many clubs who could afford to sign him.

"If he were to leave, we're discussing two or three clubs in the world.

"The situation has developed in a way, of course, but for now he is staying at Chelsea."