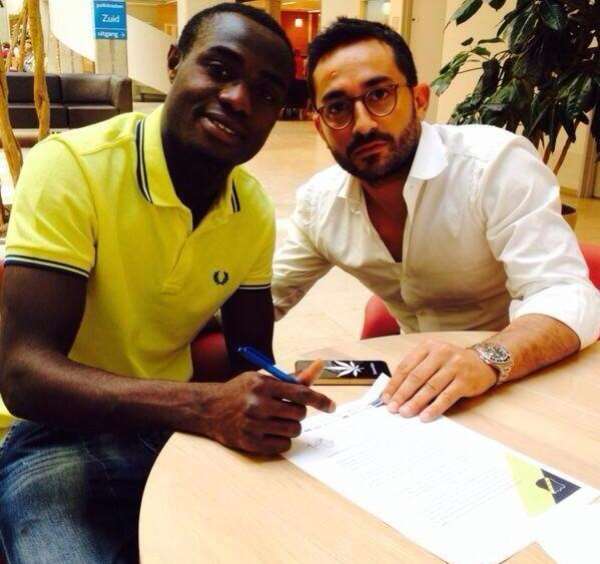 Ghanaian striker Kingsley Boateng has a signed a three-year contract with Dutch Eredivisie side NAC Breda from AC Milan, GHANASoccerent.com can exclusively report.

The 20-year-old passed a medical on Thursday at the club's 'Bredanello' the training complex in before concretizing his move.

Boateng wants to be guaranteed first team action after making only six substitute appearances on loan at Catania.

He come through the youth ranks at AC Milan and scored the winning play-off goal for AC Milan in the 2013 Audi Cup 1–0 win against São Paulo at Allianz Arena.

The striker-cum-winger, born in Ghana, but has featured for Italy youth teams.

Boateng is eligible to play for Ghana if he decides to switch allegiance.