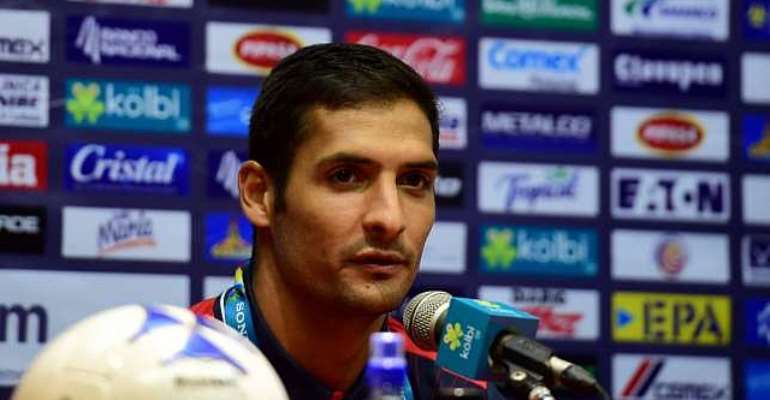 The Central American nation have been the biggest surprise packets in Brazil, upsetting Uruguay and Italy in the group stages before edging past Greece in the round of 16.

Costa Rica may be into the last eight at a World Cup for the first time but Borges said there was more to achieve.

"It's another match but the game doesn't change. We are going with the same foundation that gave us results during these matches," he told a news conference on Wednesday, three days before their clash against Netherlands in Salvador.

"We have confronted different challenges during this World Cup and now is another occasion to be even more united and to keep demonstrating why Costa Rica has done things properly in the World Cup.

"The hunger remains in this group. We are still ambitious. The ambition isn't gone and that's vital."

Louis van Gaal's Netherlands go into the match at the Arena Fonte Nova as favourites as they look to go one better than in 2010, when they were runners-up.

Borges said he was unsurprised the Dutch were again in the knockout stages but believes they will bring the best out of his team.

"I'm not surprised that they are really strong. They have been really strong the past three World Cups," he said.

"It's going to be really cool to face them, I'm actually very happy that we're going to face such a great team. I think it's going to elevate our level even more."