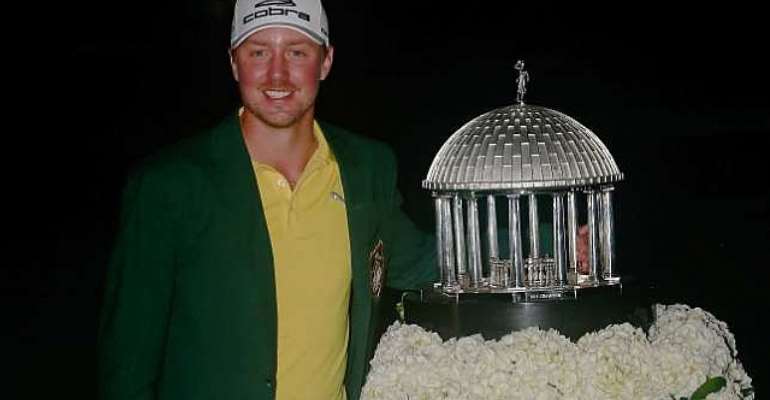 Blixt started the fourth round of the 2013 Greenbrier Classic four shots behind leader Johnson Wagner but pulled off a late comeback to win just the second PGA Tour tournament of his career.

With Wagner notching three bogeys in the space of five holes on the back nine, Blixt emerged from the chasing pack with a birdie on the 16th to move two strokes clear to notch his third straight three-under 67 and win.

But after a year of thinking about the victory, the 30-year-old Swede still does not really know how he prevailed at The Old White TPC.

''It was a crazy week last year," Blixt said on Wednesday.

"I played all right, I never thought I was really in contention until the 16th hole and ended up with a W [win] so I don't really know how to analyse that.

"I was just hanging around all week and the field came back to me and all I did was tip my cap and say thank you."

Blixt said he is very rarely happy with how he plays and argued he is more likely to get nervous about missing the cut than when challenging for a title like last year in White Sulphur Springs, West Virginia.

"It's kind of weird, I get more nervous about making the cut then being in contention," he said.

"I know I was quite nervous when I won my first one at Fry's [Frys.com Open] last couple of holes but that Sunday a year ago here I didn't feel any nerves really it was just such a soothing kind of place.

"It gives you good vibes when you get here and after a storm, the temperature dropped and it kind of felt like I was back home in Sweden growing up and playing with my Dad, one of those kind of feelings.

"Great partner playing with Matt Jones and it was just an easy day, it wasn't really any nerves.''

Meanwhile, Steve Stricker revealed his wife Nicki will caddie for him at The Old White, returning to a job she had full-time from 1994 to 1997.

''It's just fun having her out there, she's my best friend really, we've always just got along really well on the golf course so it's just nice to do in once in a while and she said to me this week it's like she never left, so she feels comfortable doing it," Stricker said.

"It's a fun week for us, it's pretty casual, we don't get up tight with one another too much and she goes with the flow and knows what to say and how to help and she's in the right spot in the right time and that's all you can ask for."

Nicki Stricker will cover for her husband's regular caddie Jimmy Johnson, who will be working with Chris Kirk at the Greenbrier Classic.