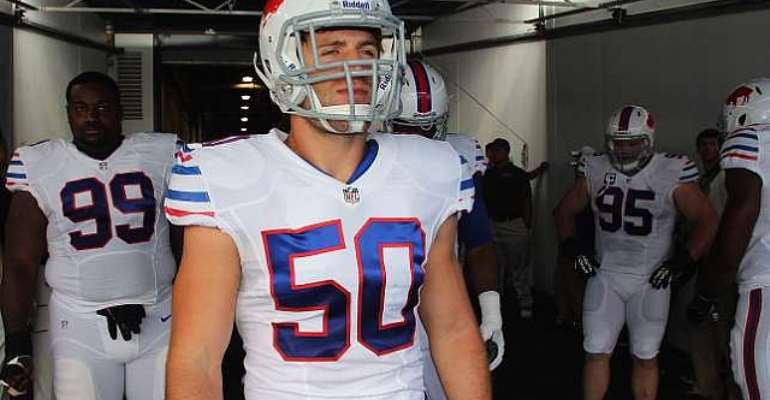 Alonso enjoyed an outstanding rookie campaign in 2013, racking up 159 total tackles with two sacks, four interceptions and a forced fumble.

Despite Alonso's exploits, the Bills were unable to reach the play-offs as they finished bottom of the AFC East with a 6-10 record.

And Buffalo will now have to overcome the absence of Alonso next term following the devastating injury, which he sustained during a personal workout in Oregon.

"We have updated information regarding Kiko Alonso. Unfortunately he suffered a torn ACL in his left knee and will most likely miss the 2014 season," general manager Doug Whaley said in a statement.

"He will be scheduled for surgery in the near future and begin a rehabilitation program at the appropriate time.

"We feel badly for Kiko because he has worked very hard this off-season in preparation for the upcoming season, but we look forward to his return with his style of play that made him one of the league's outstanding rookies in 2013."

The Bills begin their 2014 season on the road as they face the Chicago Bears at Soldier Field on September 7.