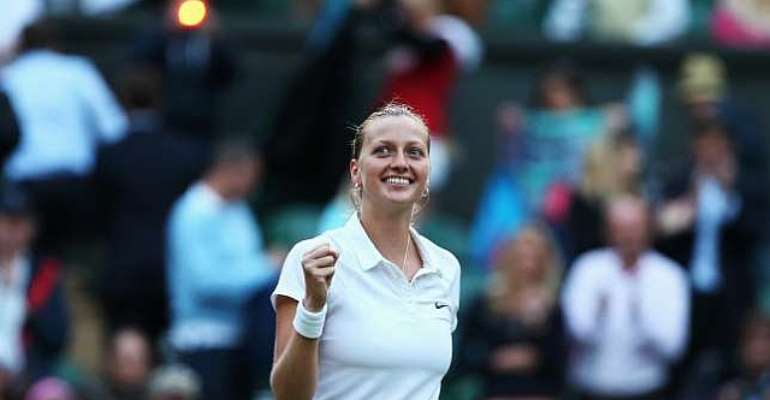 Kvitova, champion at the grass-court grand slam in 2011, needed an hour and 28 minutes to see off her gutsy Czech compatriot.

Zahlavova-Strycova, who had never before reached the quarter-finals of a grand slam, headed into the contest in fine form having beaten Li Na and Caroline Wozniacki.

The gulf in class proved too much for Zahlavova-Strycova to bridge on this occasion, though, Kvitova coming through to book another all-Czech clash with Lucie Safarova in the penultimate round.

World number 43 Zahlavova-Strycova was completely outclassed in the first set, Kvitova displaying the kind of ruthless form that led her to glory two years ago.

Indeed, Zahlavova-Strycova was unable to live with the quality of her opponent, winning just 17 of her 38 points on serve in the opener, which Kvitova claimed in commanding fashion.

But the 28-year-old refused to lie down and displayed admirable spirit to threaten a fightback in the second set.

Zahlavova-Strycova broke Kvitova twice in that set, the first secured with an excellent backhand volley at the end of a superb rally, yet her failure to consolidate on each occasion proved to be her downfall.

Kvitova's resilience appeared to wear down Zahlavova-Strycova, and the sixth seed duly closed things out, holding to love before ensuring a last-four berth with a fierce forehand return down the line.