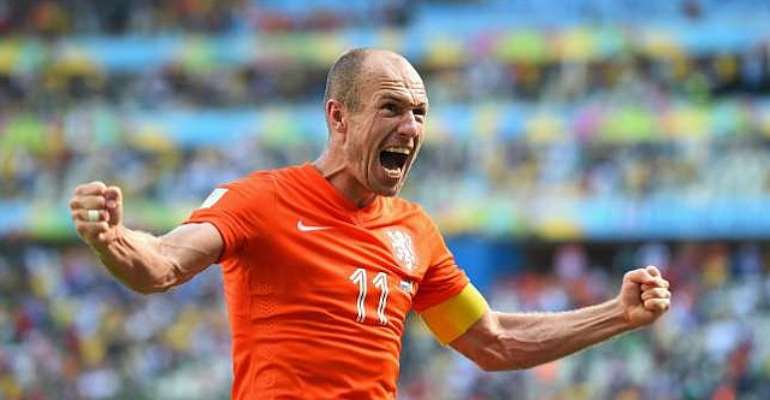 The Dutch winger is currently shining for his contry at the FIFA World Cup, with three goals to his name as the Netherlands have made the quarter-finals, where they will face Costa Rica.

Robben headed to Brazil on the back of a stunning season with Bayern Munich in which he scored 21 goals in all competitions as the Bavarians secured a record-breaking Bundesliga title.

However, Carragher has claimed the 30-year-old was a key Anfield target ahead of Bayern's UEFA Champions League final against Borussia Dortmund in May 2013 - a 2-1 result sealed by Robben.

He told The Dail Mail: "Brendan Rodgers tried to sign him for Liverpool before the 2013 Champions League final.

"He wasn't a regular for Bayern then but he scored the winner at Wembley against Borussia Dortmund and has since gone from strength to strength.

"Liverpool have not had a world class wide man since John Barnes."

Having missed out on their man a year ago, Liverpool are expected to finalise the signing of Adam Lallana from Southampton - joining Rickie Lambert in swapping the south coast for Merseyside.