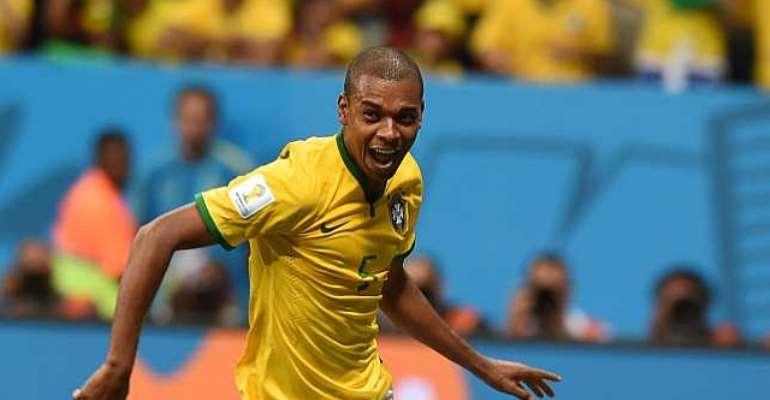 Luiz Felipe Scolari's men needed a penalty shootout to overcome Chile in the round of 16 and enter their quarter-final in Fortaleza on Friday as favourites.

Fernandinho said Colombia were a more attacking team while he believes his side are capable of dealing with the weight of expectation in front of their home fans.

"I think that Colombia is a little bit different to Chile," the Manchester City man told a news conference.

"They like to play more on the attack, and the left- and right-backs like to help out in the attacking area to be able to finish. So maybe this is the difference between Colombia and Chile.

"In terms of defending, all of the South American squads have similar styles. They defend their goal strongly but fairly, and then they counter-attack fast.

"With regards to being the favourite, I'm going to say it one more time, every time Brazil is in any tournament, it's considered a favourite.

"As players we are fully aware of what comes with this expectation and can live with that."

Despite needing a shootout to reach the quarter-finals, Fernandinho said the win had lifted the confidence in the camp.

He said his team were confident of getting a result and reaching the semi-finals, where France or Germany await.

"We'll have to make sure we do a few things in the right way, but the confidence of the group is really high," Fernandinho said.

"I think that this game against Chile was fundamental so that we could get stronger. It enabled us to get to the quarter-finals in a stronger position.

"I think that us players, the technical staff, the whole team, we are really focused and we are confident we can play a big game against Colombia."