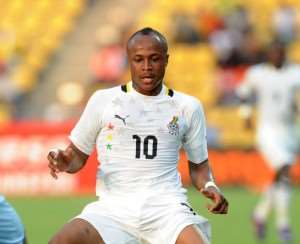 Fenerbahce have been linked with Marseille striker Andre Ayew.

The Istanbul giants are preparing a bid for the 24-year-old striker but are unwilling to meet the €10 million valuation set by the club.

With just a year left on his contract, Marseille are keen to cash in before losing him on a free transfer.

The Ghana international has also been linked with a move to Premier League sides Manchester United and Liverpool.

Fenerbahce may also lose star striker Emmanuel Emenike who has been heavily linked with a move to the Premier League.