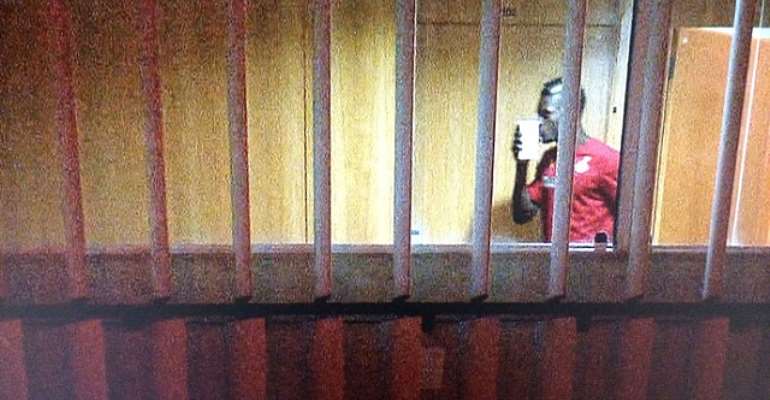 I mocked the scene over and over in my head; a tension filled room with the captain and a couple of the senior players on one side of the table, arms folded, looking directly into the eyes of the high ranking officials on the opposite end.

It was the umpteenth meeting and the players played their last card; show us the money or else …!!! Or else we won't play!

Well, it may not have been exactly how it played out in the Brazilian city of Maceio, but it was a perfect mental picture of the stand-off that ensued in the camp of Ghana's Black Stars.

What started as negotiation for payment of $100, 000.00 appearance fee for the 23 players representing Ghana at the 2014 World Cup in Brazil had boiled over, the vapour creating a mist of a sort, so hazy that the president of land, H.E John Mahama reportedly had to intervene.

The players may not have verbalized their mental state; a state of perceived unfair treatment to past footballers, hence an insistence on exacting their pound of flesh.

That state of mind includes suspicions and allegations of underhand dealings by these same high ranking officials. The players would therefore defer all calls for sacrifice if these officials themselves aren't taking the lead in sacrificing.

Indeed, only African teams like Cameroon and Ivory Coast etc.  pay these fees. That the concept of appearance fee began as a token to reward members of the 2006 squad who qualified Ghana to the World Cup for the first time; yes a token which unfortunately is being misconstrued as a mandatory fee to be shared amongst players representing their countries.

The players would have been reminded to focus on the football, win and progress from the group stage, bring honour and pride to the nation and tackle the issue afterwards.

My Case
I believe this whole brouhaha could, and should have been avoided. For me, neither party, players or government and FA officials, is right. Yes the players are expected to be patriotic and exhibit the highest sense of professionalism, they should have looked at the bigger picture of selling Ghana on this big stage, yes they should have, but for me the bigger responsibility lay with officialdom.

In as much as the appropriateness of the appearance fee is debatable and not an international standard, it had become a norm, peculiar with the Black Stars and once promised should have been paid way ahead of the tournament.

The officials, a reported 50 or so of them, who were with the team, failed the nation on that front. Secondly, these officials had no business blinking and succumbing to the players' request for these fees to be paid in cold cash; for an amount of $3 million to be carried on a chartered flight to Brazil and distributed to players like candy; and the worst part to have even announced the arrangement in the media against all the security risk and negative press.

They should have insisted on a bank transfer and dared any player who could trust the arrangement to walk, after all, what is the essence of being a manager if you are only going to kowtow to the demands of those you are managing.

In the end, Ghana bombed out of the tourney in shame after a limply losing 2-1 to Portugal. Such an irony, if you consider that the essence of participating in the World Cup was rather to bring pride and project Ghana in a positive light.

So, for me it's not the justification or not of the appearance fee but rather, the mode of disbursement. Do I sense a couple of blinks?

Accra: One Killed As 4 Cars, 2 Motorbikes Collide At Anyaa
27 minutes ago