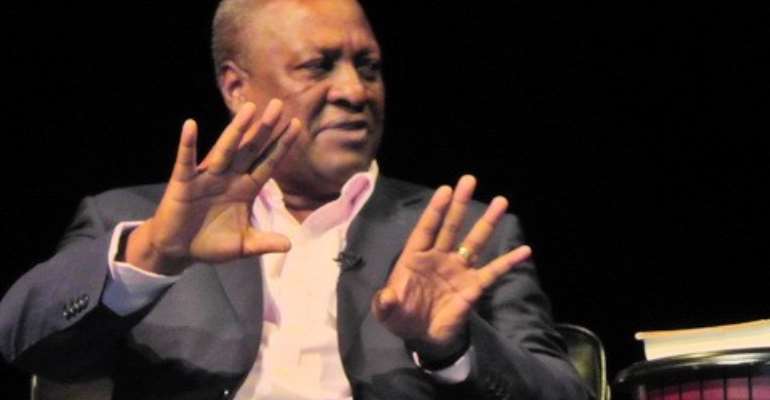 Mahama, whose government relied on the central bank to pay its bills last quarter, sent a jet with more than $3 million to Brasilia to prevent a possible boycott of yesterday's game against Portugal.

“I believe valuable lessons were learned by all,” Mahama said in an e-mailed response to questions from Bloomberg News. “There was a problem with the initial mode of transportation for the payment and so we made other arrangements that, while unconventional, were necessary.”

The Black Stars' behavior off the field overshadowed its three games in  Brazil . The Ghana Football Association denied it had agreed to fix future international exhibition games, suspended two of its top players for fighting and dow nplayed the threat of a boycott of the Portugal game. The London-based Daily Telegraph reported this week that two men offered the association's president a bribe to help fix matches.

“I don't think you can place that many human beings together in a team, all of them stars in their own right, and not have some measure of ego display and some amount of discord,” Mahama said. “Our elimination at this stage is not for lack of talent or effort. The Black Stars have given their all.”

Ghana tied three-time World Cup champion Germany 2-2 and lost to the U.S. 2-1 in its other two group games. In the last World Cup in South Africa four years ago, it reached the quarterfinals before losing to Uruguay on penalty kicks.

The sight of a cavalcade with police support ferrying the cash to the hotel where Ghana's team was staying wasn't a good image, said  Jerome Valcke , secretary general of soccer's governing body FIFA. It would have been better to do it “in a normal way, which means a bank transfer,” Valcke told reporters in Rio de Janeiro.

Defender John Boye can be seen kissing a stack of money in a hotel after it arrived by armed escort, according to Rio de Janeiro-based Globo TV.

Boye scored an own-goal in the game yesterday as  Ghana  lost by 1-2 to Portugal in Brascillia.

The payday for Ghana's soccer players comes as the country's economy is struggling.

Growth will ease to the slowest pace since 2009 this year because of power shortages, a slumping currency and falling commodity prices, the International Monetary Fund said last month.