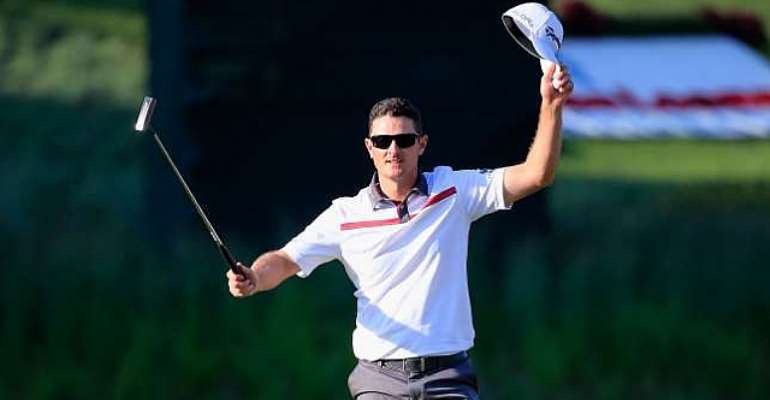 The pair had finished their 72 holes at the Congressional Country Club at four-under overall, with final rounds of one-under 70 seeing them into a two-man shootout in Bethesda, Maryland.

And Rose made par on the first play-off hole, while American Stefani could only double-bogey the 18th - as the latter's quest for a maiden tour title was extended.

For Rose, though, it was a deserved win that saw him requiring a clutch bogey putt just to reach a play-off.

The 33-year-old's form had been strong with top-15 finishes in six of his past eight tournaments on the PGA Tour - including a tied for 12th finish in defence of his US Open title.

But he finally broke through for his first win in the US since his major success in 2013, and his sixth in just over four years.

Overnight leader Patrick Reed blew his chance at a fourth tour title in under a year, as his two-shot lead was whittled away by his six-over 77 that left him tied for 11th.

One shot from being in the play-off were Americans Charley Hoffman and Ben Martin, who finished at three-under overall after rounds of 69 and 71 respectively.

Argentine Andres Romero (68) and Americans Brendan Steele and Brendon Todd (both 71) were tied for fifth a stroke back, while Australia's Marc Leishman (74), Zimbabwe's Brendon de Jonge (73) and American Billy Hurley III (71) rounded out the top 10 on one under.

Defending champion Bill Haas had a final round to forget, carding a 77 to finish tied for 30th.