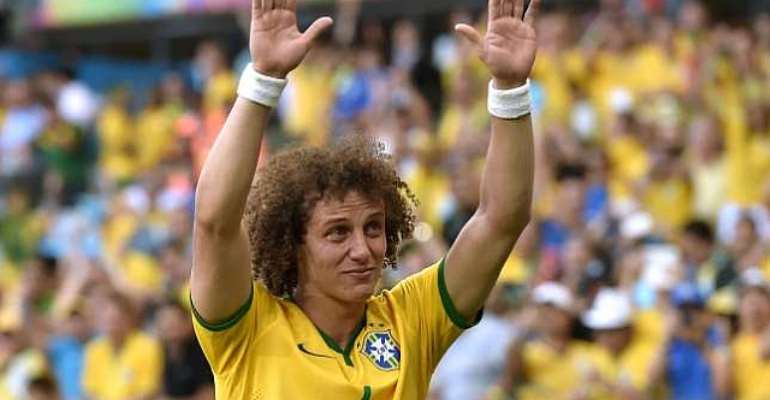 But Chile battled back, equalising through livewire forward Alexis Sanchez, and the teams could not be separated as a pulsating encounter ended 1-1 following extra time.

All this came following two days of intensive treatment on a back problem that the 27-year-old conceded was close to ruling him out of Saturday's last-16 contest.

"In training I could not even walk," he told Globoesporte. "But I said I wanted to go to the game - who wouldn't do everything to be in the game? I tried for two days without stopping.

"I woke up (on Saturday) at 7pm to treated again to be on the field. If not for the confidence in my work, in my heart ... everyone knew that I was in pain.

On Brazil's dramatic victory and his recovery, Luiz added: "One more step, one more fight was won. But the war is not over, (we have) more games. And thank God I'm in the hands of skilled people, with great quality that can help me."

Perhaps a more pressing fitness concern for Brazil coach Luiz Felipe Scolari ahead of Friday's quarter-final against Colombia is the one over talismanic forward Neymar, who netted his team's fifth penalty despite struggling throughout most of the match with a knock to the thigh.

"We will do our best to put him on the pitch," Scolari was quoted as saying by BBC Sport.

"Neymar needs to be valued for what he did because it was a big effort. He played 75 minutes of the match after a strong hit on the thigh."