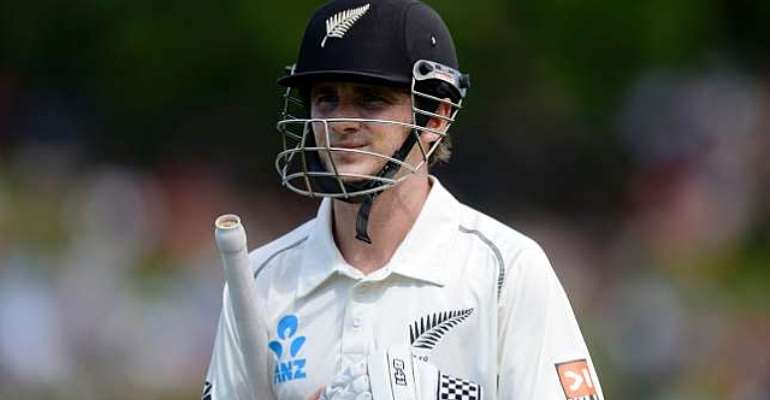 The West Indies resumed on 169-2 after a rain-affected day two but the hosts' capitulated dramatically, dismissed for 317 just before tea at the Kensington Oval in Bridgetown.

New Zealand quickly chipped away at the 24-run deficit, thanks to Kane Williamson and captain Brendon McCullum, who both finished unbeaten as the tourists earned a lead of 99 runs with two days to play.

Kemar Roach was the pick of the West Indies bowlers, claiming figures of 2-30, while Jason Holder took 1-9.

The West Indies had started the day in a commanding position after ending day two with just two wickets lost in reply to New Zealand's first innings effort of 293.

Neil Wagner was the chief destroyer, claiming the wickets of Darren Bravo (24) and Shivnarine Chanderpaul (15) on his way to 4-64 from 27 overs, as the West Indies lost eight wickets for 148 runs.

New Zealand's second dig started badly when opener Tom Latham was dismissed for a duck in the second over, with Roach doing the damage.

Hamish Rutherford added 19 runs before he also fell victim to Roach's bowling, while Ross Taylor (six) followed his team-mate to the pavilion four overs later as Holder claimed his maiden Test wicket with his first delivery of the second innings.

However, with New Zealand in a nervy position at 68-3, Williamson (58 not out) and McCullum (23 not out) stepped up to steady the ship for the visiting side.

Williamson hit 11 boundaries en route to a half century, while McCullum ended the day with three of his own.