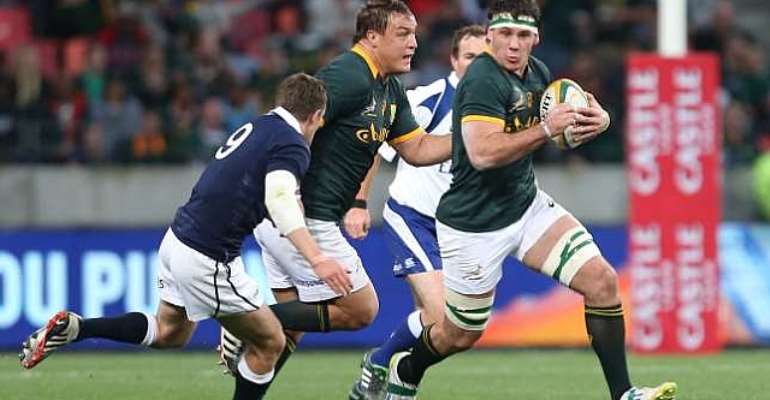 The visiting and outclassed Scotland team were limited to just two penalties from fly-half Duncan Weir - both of which came during the opening 40 minutes.

The result capped a successful three-game series for the Springboks after back-to-back wins against Wales and Meyer highlighted his team's defence as the reason behind their resounding success against the Scots.

"I am very proud of the guys. The message was that we had to come back and make the country and team proud after the close call last week and we did that," Meyer said.

"One thing that stands out for me was us not conceding tries. We kept the Scots out for those last minutes when other teams would have leaked a try.

"Our defence was awesome but we also played very well on attack."

"With all the locks out injured, it was great to see Lood came through," he said ahead of the upcoming Rugby Championship starting in August.

"We have close to 30 guys out so will be difficult to pick a squad once all of them are fit again.

"Handre is already a matured player and he combined well with Jan Serfontein today. They are pressuring the first choice players and a lot of the new guys will be contenders for the Rugby Championship, where I can only pick a squad of 30."