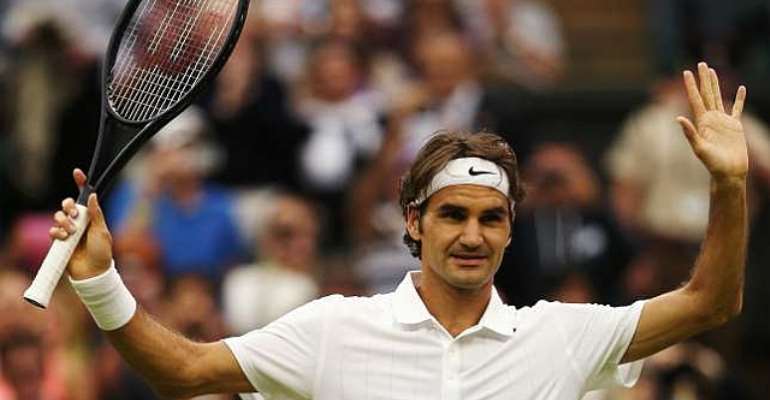 On a rain-interrupted day on the outer courts on Saturday, Federer cruised to victory under the roof on Centre Court, triumphing 6-3 6-1 6-3.

Federer needed just 82 minutes to defeat his Colombian counterpart, picking up a resounding win that never looked in doubt, particularly in the second set as he dropped a total of just 14 points.

In 2013, Federer suffered his earliest Grand Slam exit since 2003, losing to world number 116 Sergiy Stakhovsky in four sets in the second round and the 32-year-old acknowledged that such a humiliation had been on his mind this year.

"I'm very pleased to keep moving on (through the draw)," he said. "Last year I lost in the second round so I'm aware of the dangers of certain players on this surface.

"You are always worried about the first week. The grass plays different the second week, you can do a few different things according to the weather.

"I got off to a good start and broke right away. I stayed in control until midway through the third set when he had a couple of break points at 15-40. Next thing I had break points of my own and got them and served it out.

"I'm just happy to be into the second week. For me, it is now about maintaining a good level of play. I'm in pretty good shape right now - a few niggles but nothing that really worries me."