Boateng has played his last game for Ghana, says Heldt 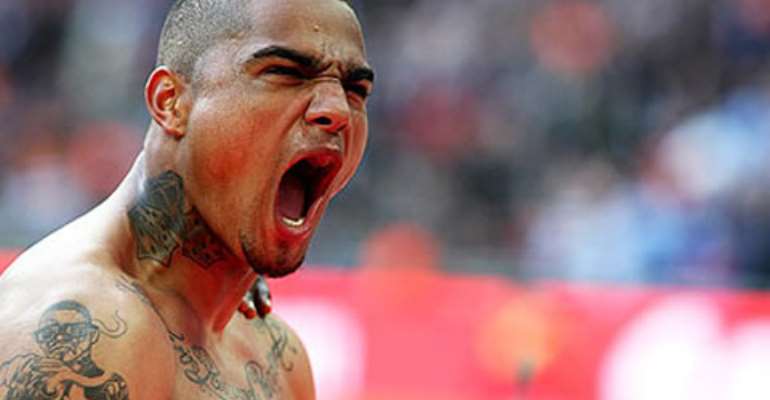 The midfielder was sent home from the World Cup before his team's final group match against Portugal along with Sulley Muntari for allegedly insulting coach Kwesi Appiah - a claim he denies.

And although Appiah has said the midfielder could return to the national team in the future, Heldt feels that Boateng has played his last game for Ghana as a result of the incident.

"We have seen at Schalke that he is as an absolute team player," he told Bild. "I can't imagine that he will run out for Ghana again.

"I am sure that this World Cup and the suspension will not burden him. Quite the contrary, anyone who knows Boateng knows that all this will motivate him more."

Ghana tumbled out of the World Cup prior to the knockout stages after losing to the USA and Portugal, despite a thrilling 2-2 draw with eventual group winners Germany.