Kanu sure Nigeria can beat France at FIFA World Cup 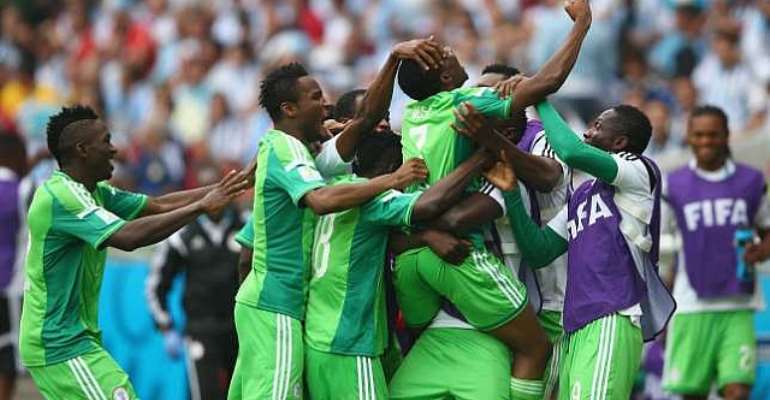 The African nation put in a battling performance in their final FIFA World Cup Group F game against the South Americans, eventually losing 3-2 in Porto Alegre on Wednesday.

Despite the defeat, Nigeria still progressed from the pool stages and now face a tricky test against Didier Deschamps' France on Monday, the Europeans having emerged as strong contenders for the crown.

Former Arsenal and Inter forward Kanu, who featured over 80 times for Nigeria, believes the speed that Stephen Keshi's men have on the counter-attack will be enough to beat France, and points to the trouble Argentina faced against that tactic as proof of his confidence.

"I know that we can beat France," he told dailynewswatch.com "If we play the way the Eagles did against Argentina - lay back, defend and attack on the break - we will beat them.

"We know France to be a fast-paced attacking team. They like to come at you en masse. But with our players improving as the competition progresses, we can beat any team now.

"Even the French team will be wary of our players too because we have equally fast-pace players like (Emmanuel) Emenike, (Ahmed) Musa, (Victor) Moses.

"We will be ready for the battle and I know that at the end of the day, Nigeria will triumph."