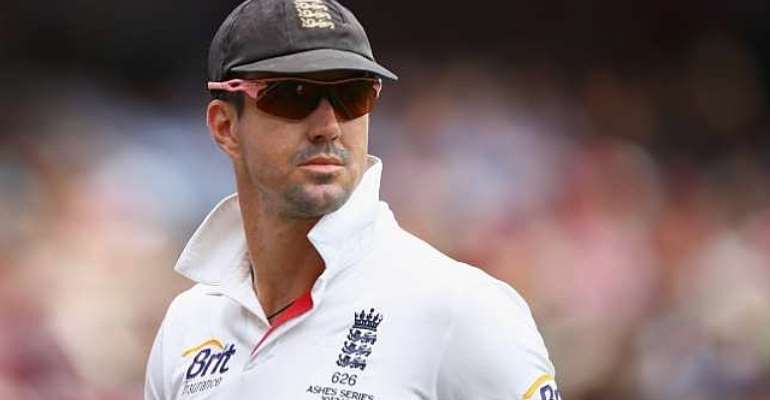 Pietersen was axed from the England set-up in February after Alastair Cook's side suffered a 5-0 whitewash at the hands of Australia.

And the 34-year-old has been unimpressed with what he has seen from England following the re-appointment of Peter Moores as head coach.

Sri Lanka followed up their Twenty20 and one-day international series wins on English soil by winning a two-match Test series 1-0 earlier this month.

Writing in his latest column for The Telegraph, Pietersen said: "It looks as if a fear of failure is stalking this England team and they are setting themselves up for a big fall if their tactics do not improve quickly. They have been defensive in their attitude and actions.

"England were in winning positions in both (Test) matches (against Sri Lanka) but blew it, and I believe that is a symptom of the senior players being very unsettled. They are not turning up for the captain or coach.

"(Stuart) Broad and (James) Anderson looked jaded at Headingley (with the latter holding back tears after the game). Why? Why was Jimmy so emotional? We have lost a lot of matches in the past but he has never shown such emotion.

"He has been through tougher times and suffered lower moments but never been in tears before. It says to me there is an underlying current of unhappiness.

"The Australia tour was hard. We were beaten up due to a lot of reasons I cannot go into right now, and some of the senior players are still suffering, with the result that they are struggling to offer leadership in the dressing room."

England captain Cook has come under increasing pressure, with criticism of his captaincy coming amid a run of poor form with the bat that has seen him fail to score a century in his last 12 Tests.

Pietersen added: "Cook's form will be affecting him. I have played with 'Cooky' long enough to know that when that happens he becomes very quiet and introverted. He struggles to handle it. We have all been through it and it does play on your mind.

"Captaining the side without any runs plays on your mind too. I saw in Cook at Headingley the same look Andrew Strauss had when he played his last Test at Lord"s. He was a rabbit in the headlights.

"It was a shame to see Cooky looking that way. The one thing he brings to the team is runs, mental strength and ability to churn out huge hundreds.

"He has been a brilliant player for England, but he is the only person who knows deep down whether captaincy is affecting his batting.

"But you do not want to give away the captaincy because then you become droppable. If you have not scored any runs for 10 Test matches, and give the captaincy up to concentrate on batting but then do not score for the next two Tests, you might be out of a job. Then what do you do?"

What Will The Publication Of 260-Page Cocoa Road Audit Repor...
28 minutes ago