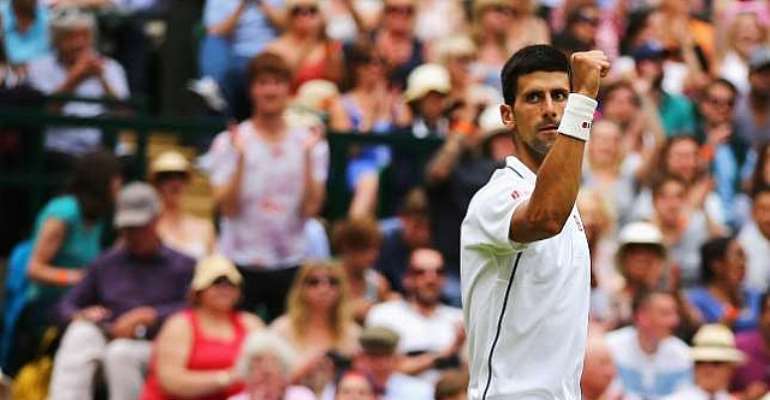 Djokovic, a winner at the All England Club in 2011 and runner-up last year, booked his place in the last 16 with a 6-4 6-2 6-4 victory over Gilles Simon of France on Friday despite suffering an injury scare midway through the third set.

While the world number two played down the impact of a shoulder problem he sustained, the Serb vowed not to take Tsonga lightly - despite having won their last eight meetings.

Tsonga also winning his third-round clash in straight sets, as he proved too strong for Jimmy Wang and Djokovic knows the Frenchman poses a difficult proposition on grass.

"It's obvious that as the tournament progresses you're going to encounter some higher ranked players who have more experience playing on a big stage," Djokovic said.

"(Tsonga) has been a regular here at Wimbledon in the last couple of years in the second week, has played a couple of semi-finals.

"I remember our two matches here on centre court, one was in the semi-finals in 2011 and one was in the Olympic games, so he's a great grass court player.

"He's won against some top, top players in the past at Wimbledon - he loves the energy of the big stadium and it's going to be definitely a big challenge for both of us."

The pair's most recent meeting came at the French Open, when Djokovic was a straight-sets winner in the last 16.