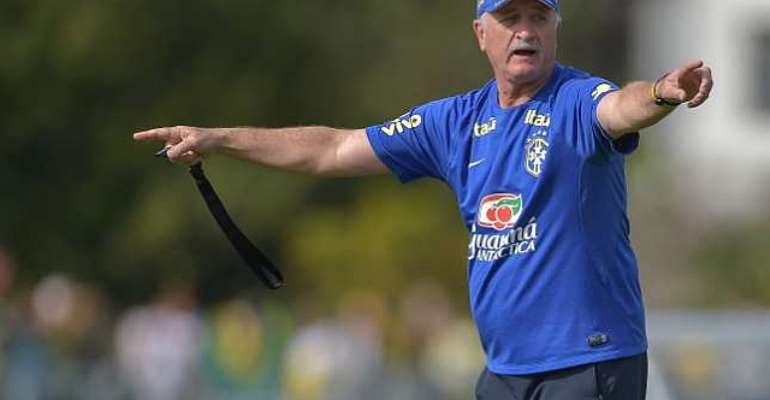 The host nation are favourites to be crowned world champions, but they have not been convincing in the tournament so far despite being unbeaten and winning Group A.

South American rivals Chile lie in wait in the last 16 on Saturday and the wily Scolari admits there will be an element of fear in the crunch clash at Estadio Mineirao.

He said: "It is normal for us to feel that we have some problem, something that makes us anxious especially now in the knockout stage where we cannot lose.

"We become more afraid, more nervous, it is normal. Not because it is in Brazil but because it is a World Cup. You only get the chance to get to the final if you win."

Scolari has already masterminded one World Cup success for his country in 2002, but the vastly experienced coach revealed that the pressure of attempting to repeat that feat on home soil can take its toll.

He said: "When I am alone thinking about what to do and how to do it, that's when I feel a bit alone and a bit insecure but when I am with them, no. I try to transmit my confidence. But no one can be at ease."

Chile have lost to Brazil on three occasions at World Cup finals and have failed to beat the hosts since a World Cup qualifying victory back in 2000.

Scolari, though, knows enough of the current Chile squad to recognise that they pose a major threat to his side's chances of progressing to the quarter-finals.

He said: "Statistics are just for handling. They mean nothing. We will not face the team of 1962 (when Brazil won 4-2 in a World Cup semi-final).

"I believe since coach (Jorge) Sampaoli arrived, the Chile team have a new dynamism, a much better performance.

"The players have adapted to the scheme he thinks best and they adapted perfectly. Since he arrived they are a level above from what they were before."