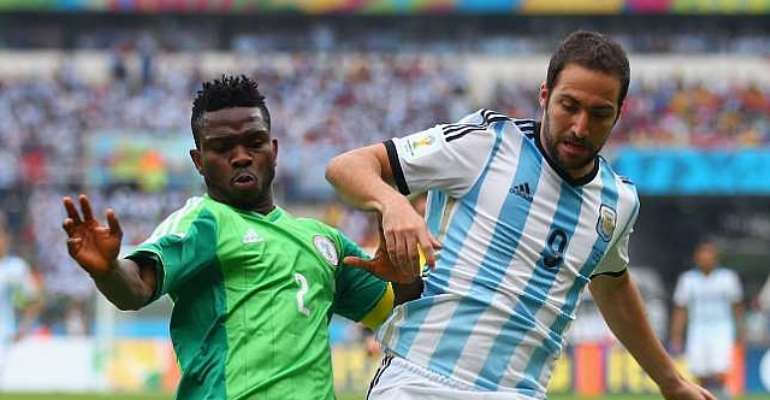 It has been suggested that the squad missed training on Thursday after demanding payment for advancing to the last 16.

Stephen Keshi's men sealed their qualification despite a 3-2 defeat to Argentina on Wednesday, as the African nation finished second in Group F behind Alejandro Sabella's side.

That set up a tie with France in the knockout stages, to be played in Brasilia on Monday.

Yobo insists that the apparent row over pay will not get in the way of the team's preparations for the game.

"We are here to play for our country," he told KickOffNigeria.com.

"I can tell you as team captain that the team will travel to Brasilia and we will train, and play against France.

"We will be on that plane. And we will train."