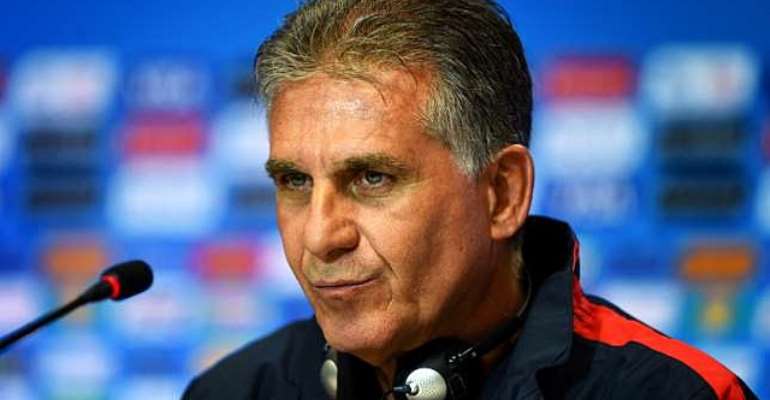 Queiroz's men will play Bosnia in Salvador on Wednesday, with a spot in the knockout phase still a possibility for the West Asian nation.

Iran (one point, -1) must beat Bosnia at the Itaipava Arena Fonte Nova and hope second-placed Nigeria (four points, +1) lose to Argentina in Porto Alegre to stand a chance of sneaking through to the next round.

Despite remaining in contention, Queiroz said Iran were not thinking about the possibility of qualifying for the last 16 for the first time in their history.

"Well it's just our crucial game on our way to our expectations," said Queiroz, who will step down from his post at the end of Iran's campaign in Brazil.

"Of course as everybody knows we still have an open gate to try for qualification for the second round but this is not the way we are thinking.

"We are thinking to play one more game and try to do our best against a great team with very, very good players.

"Unfortunately for them they are out of the race but anyway we know it will be a tremendous game for us tomorrow."

Queiroz also urged his team to stick to the same tactics that saw them fall agonisingly short against Argentina - succumbing to a 91st-minute wonder strike from captain Lionel Messi.

"The most important thing is not to lose the sense of reality and understand where we are, who we are and against who we are playing," he said.

"We are playing against a team full of players with international experience.

"I don't think we should change too much, we just need to be ourselves and try our best against a great team.

"Bosnia, we know how they did in Europe, the number of goals, the attacking players that they have so we just need to be ourselves, play our game and try our best."