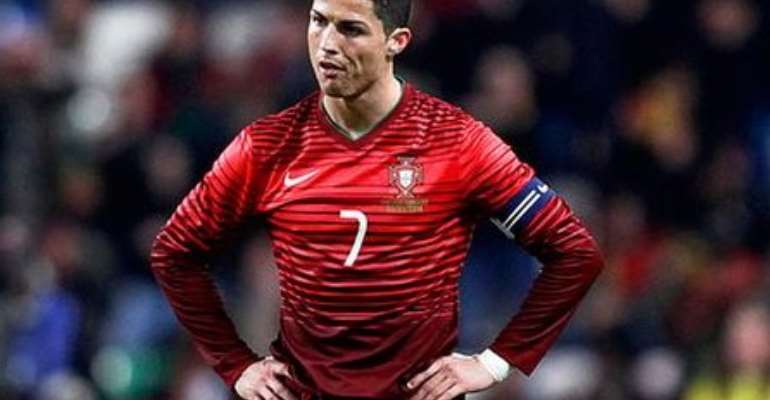 By Ameenu Shardow
Follow on Twitter @alooameenu
Ghana look to capitalize on the dodgy fitness of Portugal captain Cristiano Ronaldo when the two teams clash in the must-win final Group G game at the 2014 World Cup on Thursday.

The Black Stars need a comprehensive win over the European powerhouse to have any chance of advancing to the next stage of the competition of the tournament being staged in Brazil.

Ghana will however need to rely on the result in the other group game being played simultaneously between Germany and the USA in Manaus.

A Germany win, coupled with a comprehensive one from the Black Stars, will see Ghana through.

A draw or any other result in Manaus will however see Ghana eliminated no matter their margin of win against Portugal.

Ghana will however be coming up against an underperformed Portugal team with their inspirational captain Cristiano Ronaldo struggling with fitness issues.

And the Black Stars team look to take full advantage of this to ensure they get the desired result against Paulo Bento's side.

“We know he [Cristiano Rpnaldo] is fantastic player but he is yet to play 50 or 60 percent of his football in this tournament,” Ghana's assistant coach Maxwell Konadu said.

“We know he is not fully fit and we look to use that in our favour .”

Ghana has always advanced from the group stage since its debut participation at the World Cup in 2006 in Germany.

The Black Stars aimed at reaching higher heights than their quarter final finish at the last World Cup four years ago in South Africa.

You're A Covenant Keeping Leader — Ahafo Chiefs To Akufo-Add...
39 minutes ago