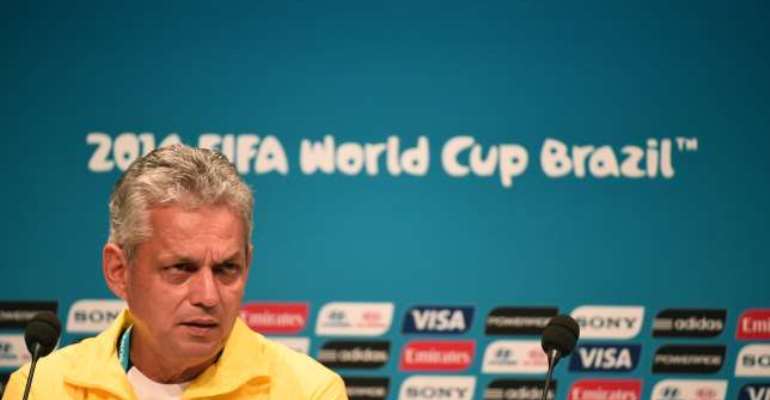 Ecuador face European nation and Group E leaders France in Rio de Janeiro on Wednesday, with a round of 16 berth at stake in Brazil.

Rueda's men will reach the next round if they match or better Switzerland's result against Honduras, and the 57-year-old is hoping to emulate the efforts of both Colombia and Uruguay, who qualified for the knockout phase after accounting for European opposition in their respective groups.

Uruguay got the better of both England and Italy to progress from Group D, while Colombia eased past Greece as they topped the standings in Group C.

"I think Uruguay demonstrates and confirms that the big games you have to win," he said.

"That is why in South America and worldwide has the status it has, and now has a sample with the win against Italy in a match of high intensity, of great tactical display, and achieve the goal in the right time.

"That demonstrates the ability and power that South America has in football, and hope we can continue on this path.

"Tomorrow it will be a very important match for all Ecuador, for us as coaching staff, I think it is a great distinction, facing a great champion like France with great football with a great history, and hopefully we can have a great game."

The Ecuador boss was full of praise for France after their first two games - which saw Didier Deschamps' men win 3-0 and 5-2 - but warned that his team are ready for a fight.

"Everything starts with having a good order, be really focused against a very good team like France," Rueda said.

"They have very important players in every position, players with great trajectory, they have lots of variants in the build up of the game and also in set pieces and they have virtues in every situation.

"It is a very well structured team that had a great start to the tournament, with good results, with good behaviour and with great football.

"I think we need to be focused and be aggressive so we can fight against every virtue they have."