Fulham have secured the signing of Australia striker Adam Taggart 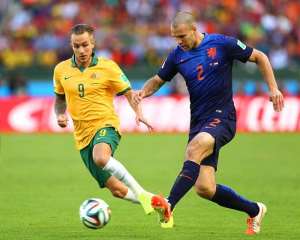 The 21-year-old, who has signed a three-year deal, played twice for his country at the FIFA World Cup as Ange Postecoglou's side exited the tournament in Brazil at the group stage.

Fulham were relegated from the Premier League last season and manager Felix Magath will be seeking to secure an instant return to the top flight.

Fulham open their Championship season with a trip to face Ipswich Town on August 9.