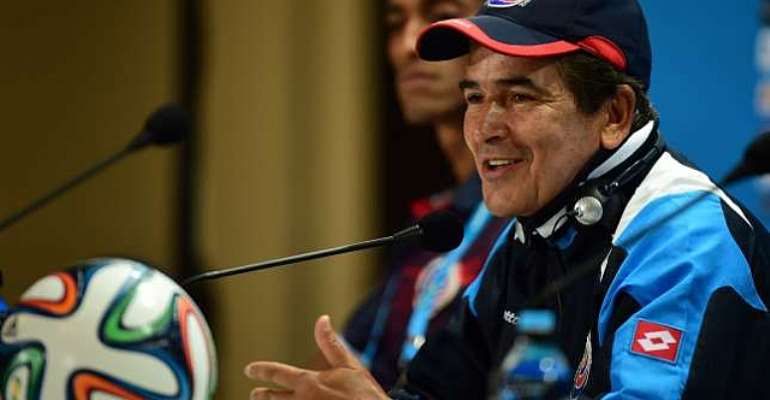 FIFA usually tests two players after a match but five more Costa Ricans were called in after their shock 1-0 win over Italy on Friday.

The game's governing body denied it was targeting the Group D leaders, saying they were simply filling in gaps from pre-tournament testing.

Pinto said he was happy for more than two players to be tested but wanted to see such procedures implemented for every nation.

"I would like to see, for example, that they ask Brazil for eight players for an anti-doping control but they have to be just," he said.

"Everything should be balanced.
"We respect FIFA. We are not saying to them not to do it but not just us. Because many believed FIFA carried out the controls because they saw how the team played."

Costa Rica have stunned the world in Group D, securing progression ahead of Tuesday's opponents England.

Italy and Uruguay do battle to be the other team to progress, with Costa Rica just needing a point to seal top place.

"I think that Costa Rica are not the favourites for the game tomorrow. It's England, for so many reasons, because they have quality players, and many other things," Pinto said.

"We are still fighting, because we want to do things right. And we are ready to face England tomorrow."

Pinto said there would be no change of approach from his team, who have already beaten Uruguay and Italy.

"You cannot change the structure of a team from one day to another. We are going to keep many things, because the players did it very well," he said.