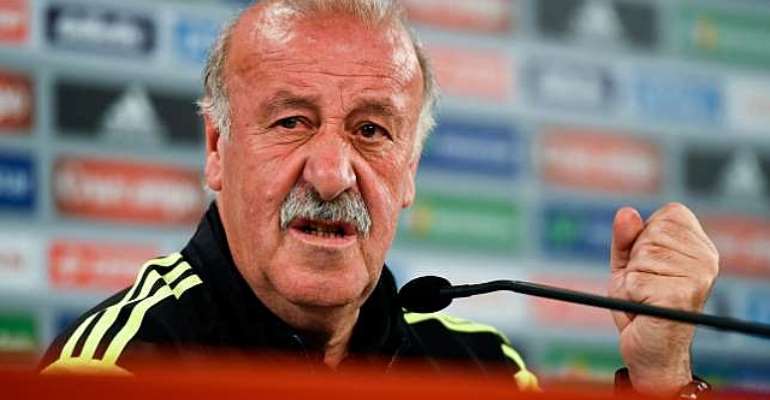 The 63-year-old has faced intense scrutiny after Spain's woeful FIFA World Cup defence, which ended after just two matches following defeats to the Netherlands and Chile.

Spain rounded off their Group B campaign with a comfortable 3-0 victory over Australia in Curitiba on Monday, with David Villa, playing his last international game, Fernando Torres and Juan Mata all getting on the scoresheet

However, it remains to be seen if Del Bosque will continue in his role as Spain look to rebuild, although the former Real Madrid boss has revealed a decision is imminent.

On his future, he told reporters: "There is sufficient time for that. There is no rush.

"In the next few days I'd imagine (there will be a decision). Probably next week."

Del Bosque was happy his team followed his call to end the World Cup on a high note, and believes the future for Spain remains positive.

He added: "We have ended our participation admirably and the players gave their best.

"We have performed below expectations at this World Cup and had two great rivals, Netherlands and Chile, that played really well. The merit is all theirs.

"But there are still a lot of players in this squad that can give a lot to the national team and we can't dismiss anyone because of their age."