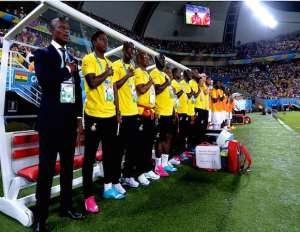 The scorelines are bigger
It took 19 South Africa 2010 games to see a match containing five goals or more, when Argentina saw off South Korea in Group B.

Spain's 5-1 defeat to Holland came just three matches into Brazil 2014 – incidentally, also in Group B – and was followed up by the Dutch winning 3-2 against Australia in their next fixture.

Expect another barrage of strikes when Louis van Gaal's 17/2 tournament pokes take on the South American's in their last mini-league match, with over 4.5 goals again priced up at 9/2.

The drama's better
Back we go to Group B, where World Cup holders and double European champions Spain are busy packing their bags in order to do one straight home after their dead rubber with Australia.

Vicente del Bosque's side's blowout, allied with Brazil's travails and England hanging on by a thread, has made for much more excitement than then-holders Italy and France slinking out of relatively straightforward groups four years ago.

The next potential banana skin looks to be in pre-tournament fancies Belgium's way, as they take on Fabio Capello's under-the-radar Russia, who are 3/1 to spring another surprise.

The outsiders are having a right go
Costa Rica's colossal 6/1 odds to beat Italy do not reflect the Central American's second-half dominance over Uruguay, no matter how badly the side shorn of Luis Suarez performed.

Mexico have also got in on Chile and Costa Rica's shock-result act, while Algeria gave Belgium a dreadful fright by leading for 45 minutes before Marouane Fellaini and Dries Mertens put things right for the Red Devils.

It's wide open
Del Bosque's 2010 vintage Spain always shaped as likely winners four years ago, even after their 1-0 opening-fixture loss to Switzerland, and remained among the favourites for the duration of the tournament.

World Cup 2014 is a markedly different affair, with the hosts now little more than nominal favourites at 16/5 and on the drift despite La Seleccion's demise.

There's seven countries bunched up behind Brazil before we get to 22/1 shots Colombia, with 14/1 France – who are on trend to do well having alternated between farce and finals over the past 16 years – looking particularly good value.