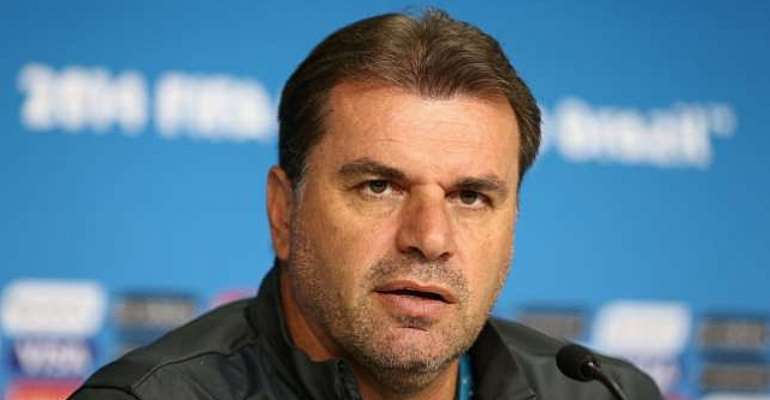 Postecoglou's men face world champions Spain in a dead rubber at the Estadio Joaquim Americo Guimaraes in Curitiba, with both teams winless and out of contention in Group B.

Many had predicted doom and gloom for Australia - the lowest ranked nation at the World Cup - with some tipping the country would struggle to score a goal in Brazil.

Australia have defied their critics, scoring three goals and coming close to beating the Netherlands in game two, while they were unfortunate not to claim a point against Chile.

Though, Postecoglou said Australia's campaign would be deemed a failure if they do not produce an end product against Spain, having won games in 2006 and 2010.

Australia have also never ended a World Cup without a point after earning a draw against Chile at the 1974 tournament in West Germany.

"I don't think we have not got anything to play for, we have plenty to play for," said Postecoglou, who will without leading forward Tim Cahill due to suspension. "It is our fourth World Cup and we have only won two World Cup games.

"If we are going to continue to improve and become a nation that we want to become and be feared we have to start winning games at this level.

"We have plenty of motivation, it is far from a dead rubber for us.

"The fact we are putting out a young team isn't because we are trying to experiment, we will put out a team we think can hopefully win the game."

Postecoglou added: "Who is to know which of us will be here in four years time, even for myself personally I don't want to pass up an opportunity to make an impact at this World Cup and for our nation to.

"We are very, very motivated, absolutely motivated for tomorrow. Our goal is to put our best performance at this World Cup in tomorrow's game, if we do that we have a chance.

"We are still facing the current world champions so it won't be an easy game."