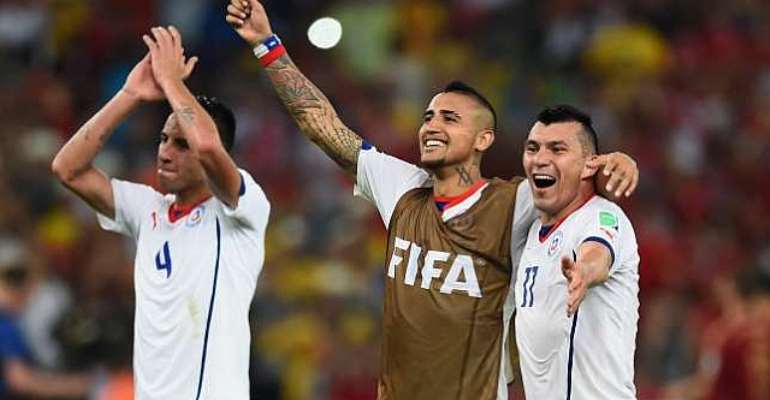 Vidal tweeted after Chile's 2-0 win over Spain at the Maracana that he and his teammates would be back in Rio de Janeiro on July 13 - the date of the World Cup final.

Chile ended the reigning world champions' hopes of back-to-back titles last week with first-half goals from Eduardo Vargas and Charles Aranguiz, and Vidal is convinced that if Jorge Sampaoli's side continue to play like they did at the Maracana, they will be back for the tournament decider.

"Yes, it's true what I wrote on Twitter. It was something I felt after the match," the Juventus midfielder said.

"If we played the same way we did against Spain, the last World Cup champions, I trust we can make it to the final."

Chile have already qualified for the round of 16 ahead of their final Group B fixture against the Netherlands, who have also advanced.

The South Americans will be involved in the knockout stages of the World Cup for the fourth time in their history - with a best-ever finish of third on home soil in 1962 - but Vidal rates this year's squad as the country's best.

"For me this is the best generation of Chilean football in history," Vidal said.

"For their quality and the players that play out of Chile. When they get together I think they're a strong team as never Chile saw before."